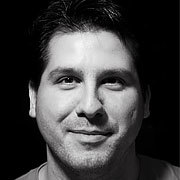 Bruno Tornisielo was born in São Paulo, Brazil, where he studied Computer Science. After graduation, he decided to pursue 3D as a professional career. Bruno started his career in 2010, working at commercial studios for six years as a CG Generalist. He specializes in character modeling for games — both humans and animals — while also grooming for feature films. Bruno has worked on films and cinematics such as Middle Earth: Shadow of War, WARHAMMER: Total War, The Emoji Movie, Small Foot, Spider-Man: Into the Spider-Verse, and several other exciting, unannounced projects. He currently works at Sony Imageworks as a Senior CFX Artist.