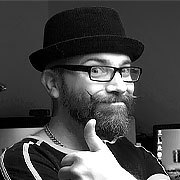 Peter Aversten has been using Mari for more than a decade while working as a Texture and Lookdev artist at major studios in both the UK and Sweden. He has over 20 years of experience in feature films and commercials and served another 8 years prior to that working for ad agencies specializing in graphic design and retouching. He has been published in various magazines including 3D World.

Peter has worked for many of the VFX giants including Cinesite and MPC and has contributed to over 30 feature films including Godzilla: King of the Monsters, Justice League, The Revenant, Ant-Man, and Captain America: Civil War to name a few.Peter was involved in the beta testing of Mari in preparation for its commercial release and has been involved in every release since. He has also provided official training materials for and beta-tested Pixar RenderMan and enjoys producing learning materials for the texturing community.