In this lecture, senior environment artist Devon Fay takes you through his process of creating complex and believable CG environments. He starts at the very beginning with the development of an idea with research, reference and exploration. Devon then discusses how to expand on your ideas with clear steps towards working efficiently and creatively. Topics include reference gathering, blocking-out scenes through effective layout techniques, modeling, lighting, texturing, painting, rendering and the exploration of new tools. Through this project, Devon demonstrates how to get the full benefits of programs that include Maya, VRay, Photoshop, ZBrush, and others. As his science fiction inspired alleyway is full of narrative detail, Devon explains the importance and application of composition, set dressing, storytelling, realism and the final post techniques that create an immersive environment. By the end of the lesson and demonstration, artists should have a clear idea of how to approach detailed environment work for production. 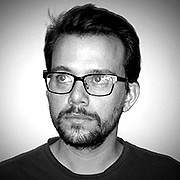 After graduating from the Gnomon School of VFX, Devon Fay started his career in Blizzard Entertainment's film department. He began working on matte-painted environments for projects such as Starcraft II: Wings of Liberty and World of Warcraft: Cataclysm. Devon continued his work at Blizzard as a Matte Painting Lead for Diablo III, World of Warcraft: Mists of Pandaria and Starcraft II: Heart of the Swarm. While constantly seeking new challenges and techniques, he decided to transfer his career to real-time environments for games. Currently, Devon is working at Infinity Ward as a Senior Environment Artist, working on such games as Call of Duty: Ghosts and Call of Duty: Advanced Warfare. Coming full circle, he has returned to the Gnomon School as an online instructor, bringing his unique perspectives to environment creation, drawing from his experience in both pre-rendered and in-game environments.