From Tendrils to Slime Trails Using Houdini With Simon Littlejohn

Follow along as FX Supervisor, Simon Littlejohn, creates a series of effects using Houdini and Nuke, from bone-crushing tendrils to a slimy tentacle attack. Simon approaches the workshop as the creation of a complete shot, from start to finish, revealing his processes and techniques along the way.

With over a decade of industry experience, Simon walks through his tried-and-trusted methods for procedurally generating curves using for-loops, and shows how to attach those curves to any animated character using simple yet powerful VEX. From there, he instructs how to “grow” those curves over time in visually interesting patterns, and ultimately create high-fidelity 3D geometry from them. The second technique in this workshop details how to create a slime trail left behind as the tendrils take over the character’s body. Simon shares how to create this highly controllable effect without the need for FLIP simulation, which can often be expensive and unpredictable.

The following effect focuses on shooting webbed tendrils from the character’s body and attaching them to his surrounding environment. Simon explains how to create constraints using simple VEX, and run animated curves through a vellum simulation to aid in the realism of the effect. Additionally, you will discover how to create highly detailed webbing patterns that follow the animation of your curves. For the final effect, Simon revisits all the techniques covered to create a tentacle that bursts from the character's hand, firing directly into the camera.

Each effect demonstrated in this workshop is highly adaptable, and can be repurposed for a wide variety of needs. In the final segment of the tutorial, Simon discusses how to shade and render the effects, and offers his final thoughts as well as a review of the final render.

The downloadable resources provided with this workshop include the Houdini project and character files. 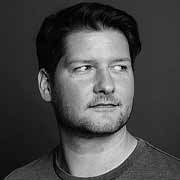 Simon Littlejohn is an FX artist with a decade of experience in visual effects. He received a Master of Science degree from Drexel University and moved to Los Angeles soon after. While he started his career in compositing, he quickly transitioned to Houdini FX. Having served as an Adjunct Professor in graduate school, he has years of experience in teaching and enjoys creating tutorials for personal learning in Houdini.

He believes The Matrix is objectively the best movie of all time and is still “pretty upset” about Game of Thrones.